In a statement, Director Lynn Helms of DMR noted that this is the first time in three years there has been a rapid increase in oil production than natural gas production. Natural gas and oil production seem to synchronize now more than ever.

However, production is expected to slow down in winter, which in turn, will have a huge impact on the oil prices. Recently, sweet crude in Bakken reserves was selling at $38.75/bbl.  But since October, the rig count reduced, and it is expected to drop as oil prices continue to fall. 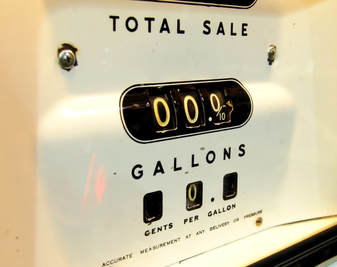 The increase in North Dakota active rigs and production indicates positive growth in region. Currently, the state is at a financial equilibrium, a position that has attracted oil operators who are now putting rigs and employees to work.

Operators in the region, especially in the Permian Basin have managed to reduce the production costs and devise new ways to extract more oil from the rocks. They made this possible by improving drilling methods.

Many upstream oil and gas investment companies first have adjusted their operations and are now comfortable with the new $50-$60, and are doing well at these rates. The OPEC is currently rebalancing the demand and supply to stabilize the market, to encourage shale drillers to produce more oil and gas. 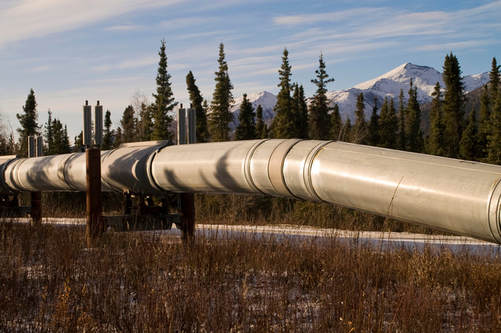 The Bakken region made a lot of profits from its oil reserves until production fell drastically during the oil slump period. But with the new crude prices, the area has been growing steadily. As of May 2018, the levels of production were double those of 2014.

Apart from oil prices, there is another factor that is going to fuel growth in the Bakken natural gas and oil production: the Dakota Access Pipeline. The 1,100-mile long conduit has transported nearly 200 million barrels since operation started in the area. The conduit is a significant player in the Bakken rig count.

The pipeline can transport approximately 520,000 barrels per day. This is more than half of the state’s total output. The pipeline has bridged the gap between the shale’s plays and oil operators in other regions in the US, such as Oklahoma’s scoop/stack play and the Permian basins.

Furthermore, the shale can now easily access East Coast and Gulf refineries, as well as international markets. The North Dakota pipeline has played a crucial role in improving the drilling economics of the region. Firstly, the state benefits from the pipeline financially, and secondly, it reduces transportation costs for oil operators.

Also, operations in the pipeline have reinforced Bakken oil production, with big companies using the pipeline to transport a significant amount of their products to their respective markets.

While there are serious concerns that the increase in oil production in North Dakota could exceed the pipeline’s capacity in 2019, which may lead to huge discounts for the crude, current prices breakeven the expenses.
​
The North Dakota Public Service Commission says there is need to build new infrastructure for the increasing natural gas volumes. Currently, the state is developing the Demicks Lake processing plant. The $400 million megastructure is likely to be completed by the end of 2019. The 200 million cubic feet per day will improve processing capacity in the Williston Basin, where there are high amounts of natural gas.

What Does the Future Hold for the North Dakota Natural Gas Industry?

As aforementioned, the West Texas benchmark recently achieved a record of $66. In addition to that, improvement in infrastructure has had a positive impact on crude prices. However, you cannot rule out the possibility of short-term setbacks of mineral oversupply, as well as a stronger USD. Experts still have faith the region will experience a long period of gains sooner.
​
North Dakota’s recovery in oil production has worked well for the region. While natural gas and oil prices expected to increase, North Dakota is expected to continue producing sufficient oil and gas.

Do you want to own part of the North Dakota Play?

If you are looking to investing in oil well drilling, North Dakota play is a good place to start. From the analysis above, it is quite evident that the future looks bright for the North Dakota play. Since 2014, the region has witnessed a steady increase in natural gas and oil production, and the figures are expected to double in the near future.

Nothing in this article is to be considered tax or investment advice. Please consult with your attorney and tax professional.

​Nothing herein is intended to constitute an offer, or the solicitation of an offer, to buy or subscribe for any securities to any person in any jurisdiction unless otherwise stated. Offers or solicitations which are made to buy or sell any securities are only be made pursuant to the Disclosure Memorandum, which contains important information about risks, fees, expenses, and details. Further, no offer is made in any jurisdiction where such securities are not registered or appropriately exempted. Unless otherwise stated, any securities listed herein will not be registered under the US Securities Act of 1933 as amended, or any other act, and only Accredited Investors inside the United States as defined in 17 CFR 230.501(a) and persons residing abroad in jurisdictions where securities registration exemptions apply may purchase them.